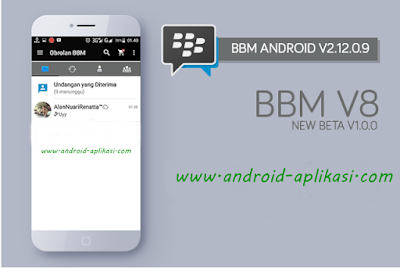 - Many of the members are waiting for the wait would be the presence of the latest update of this V8 BBM. Fuel that had previously been made by Fahrezy Fahmy, is now re-updated by different modder is Alan Nuari Primary.

BBM BBM MOD V8 is that it looks like a BBM on BlackBerry smartphones. This BBM has a dynamic look. Display of BBM V8 is similar because it uses some of the icon that looks like the original V8 also on BBM. such as the Navigation icon, icon ticks her. and other icons that exist in this V8 BBM. Though still a beta, you can try. This BBM is made based on the base of BBM Official V2.12.0.9 in Google PlayStore. Feature was mandatory you try. What are its features? Check out the explanation below. 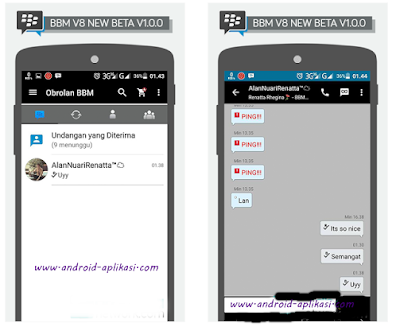 Most of BBM V8 features are features in the software Portable APKTool M3.3 made by BBKenMaker or Trangga Ken. As Sponsored Hide Update, Corner Radius Display Picture, and much more. 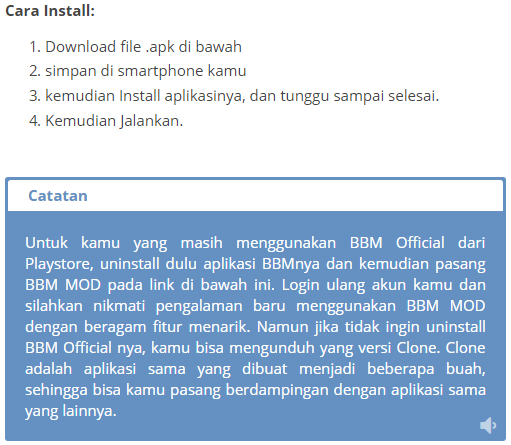