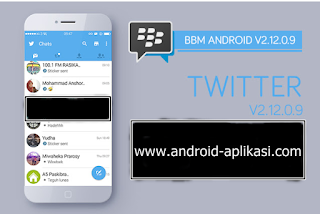 - This is one of the fuel MOD awaited by User Android, MOD BBM with a display that resembles Twitter application on Android smartphones. Fuel Twitter itself, is based on the base fuel Playstore Official V2.12.0.9 which was the latest update on January 28, 2016 last.

Fuel Twitter was designed by Teguh Wibowo Ari, who is also the admin of android-aplikasi.com. You can see in the picture display, fuel resembles Twitter twitter application, visible on the display and some icons twitter conversation that is applied to the fuel MOD this one. Not only display only friends that you can feel when wearing this fuel, but you could also try some of the features and even all of the features available on this V2.12.0.9 Twitter fuel. This feature is a default feature APKTool Portable Software made by Trangga Ken. Its curious about? See explanation below. 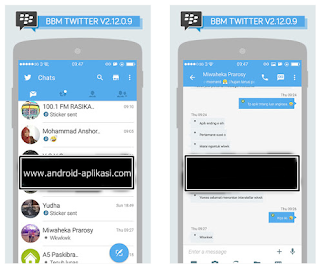 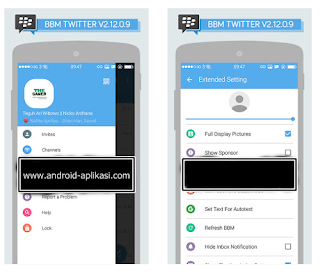