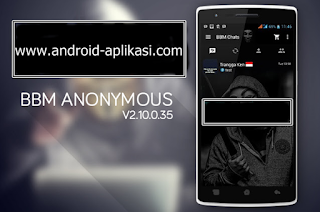 - Who is not familiar with the name of this Anonymous? Anonymous is a group of activists or "hacktivis" formed in 2003. Its members can be distinguished in public wearing a mask

Guy Fawkes or commonly known as V for Vendetta .. In 2011, Time Magazine enter the name "Anonymous" as one of the most influential people in the world.


Talk about Anonymous, this time admin android-aplikasi.com will share fuel made by Ken Trangga with themes such hacktivis group. Anonymous BBM has a background image about Anonymous, both in the main layout as well as in other layouts. Not only that, Trangga Ken also gave some of the features that you should try to mate android-aplikasi.com. One is Lock Mode, a feature that allows you to lock the overall look of this Anonymous fuel. As for other features, you can read the explanation below. 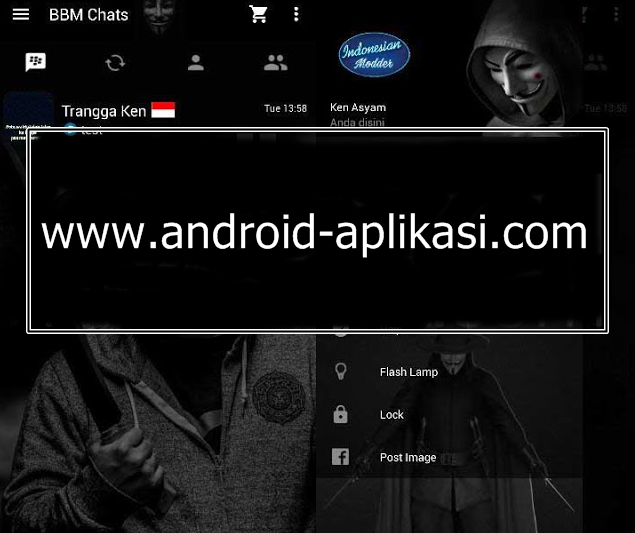