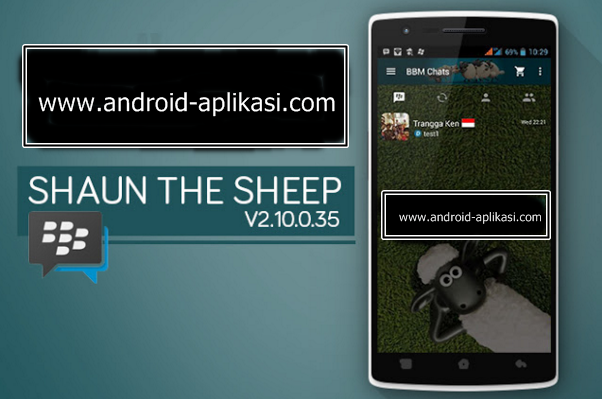 Android-Aplikasi |  Ken Trangga this time share back to you lovers BBM MOD. And in this article, Android-Aplikasi network admin will share his work with the theme Shaun The Sheep. And FYI for you are the admin quote from Wikipedia, Shaun the Sheep (roughly translated as Shaun the Sheep) is an animated television series for children who came from England. In England, Shaun the Sheep aired on BBC One, while in Indonesia this animation aired in MNCTV and RTV.


BBM Shaun The Sheep is designed using the base of BBM Official V2.10.0.35, which is the latest updated BBM Base early November 2015. In terms of appearance, according to the title that's for sure. Background basis of this fuel is Shaun the Sheep who was lying on the grass. In addition, there are also other background on the sliders and toolbars. 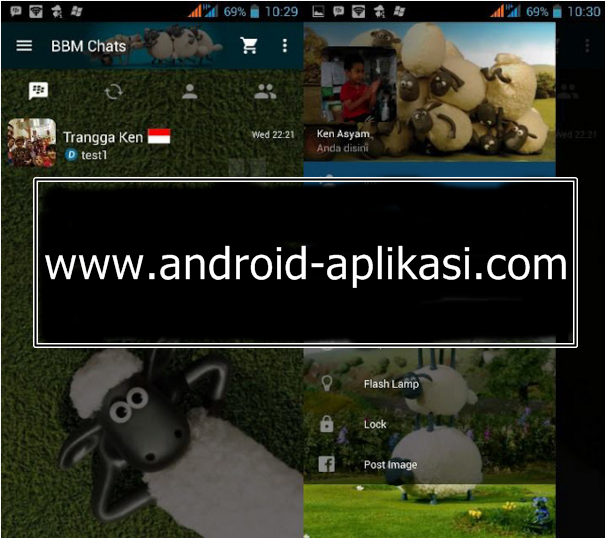