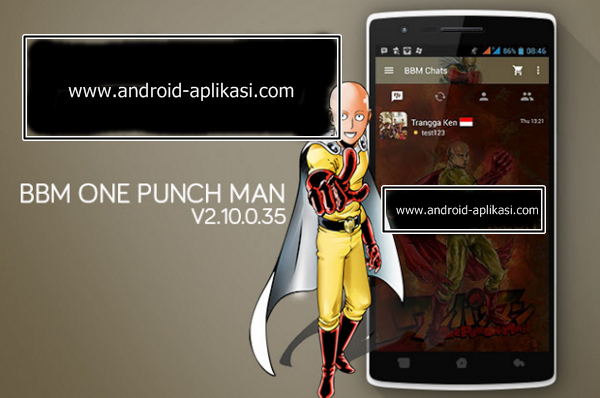 Android-Aplikasi | One more BBM MOD-themed manga series that is shared by Trangga Ken, and this time Trangga Ken makes BBM MOD with Version One Punch Man. Yes, a manga series penetrate the anime world market. FYI wrote to you, in advance, One Punch Man is a manga project idly by mangaka menginisialkan a name with a pen name ONE. As the comic humor, name One Punch Man been in Japan similar to the pronunciation of the character of the old manga titled Anpanman. This series is published independently on June 3, 2009 and received more than 55 million readers, of which approximately 60,000 readers per day. 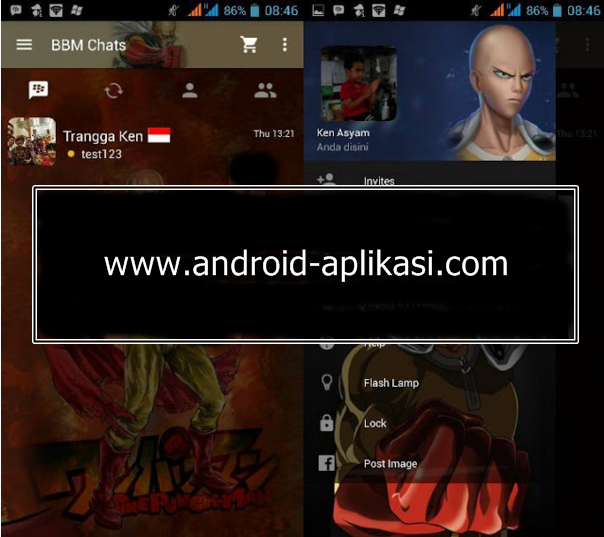