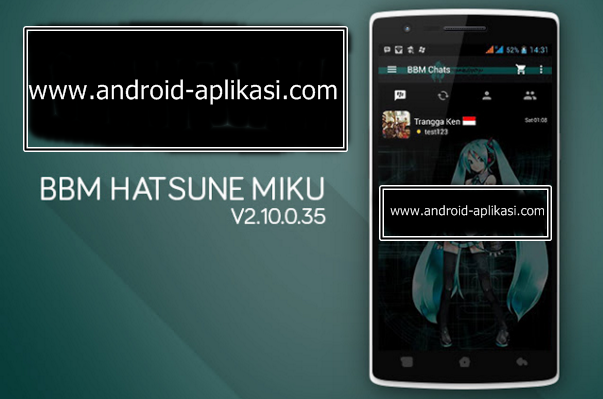 Android-Aplikasi | Hatsune Miku, who does not know the first singer of singers fiction series "Character Vocal Series" produced by Crypton Future Media. FYI wrote to you quoted from Wikipedia, Miku Hatsune The name itself comes from the Japanese language meaning first (初 Hatsu?), Sound (音 ne?), And the future.

And on this occasion, admin Android-Aplikasi network will distribute the BBM MOD works of Ken Trangga that this time the theme of Hatsune Miku. Trangga modder Ken is one of the most often make new BBM, and he Developers of Portable APKTool. Namely software to facilitate you in making BBM MOD.

BBM's Hatsune Miku, designed using V2.10.0.35 Official BBM, which is the latest updated BBM Base early November 2015. Views of BBM Hatsune Miku is very unique and not monotonous. You can see in the picture below the display, BBM Hatsune Miku also has some features that must you try. One is Lock Mode. Features used to lock the whole application of BBM without having to install the application Locker. 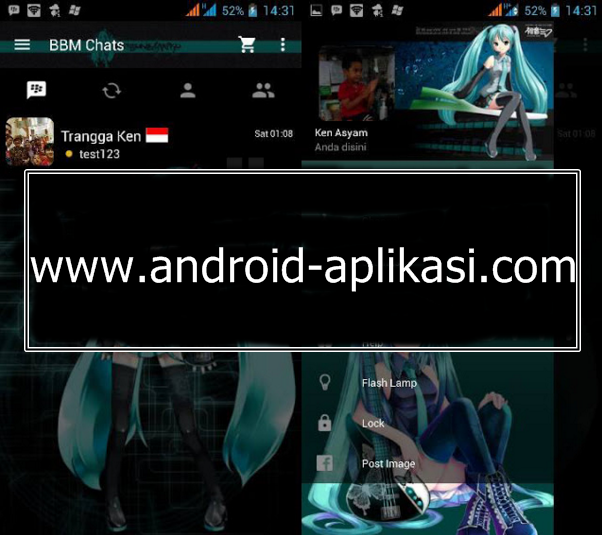