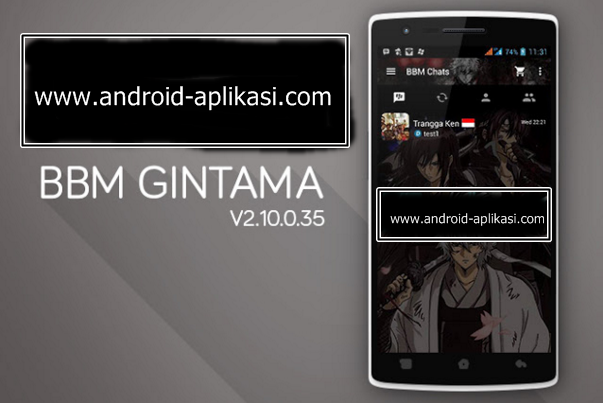 Android-Aplikasi.com | What news Android-Aplikasi friend, on this occasionAnd network admin will share the MOD BBM that was designed by Ken Trangga. And this time, BBM will MOD Android-Aplikasi network admin for themed manga from Japan, namely Gintama. FYI for you, quoted from Wikipedia, Gin Tama (銀 魂 Gintama ?, litera. "Silver Soul"), also known as Gintama, is a Japanese manga written and illustrated by Hideaki Sorachi. Takes place in Edo which has been conquered by aliens named Amanto, the story follows the life from the standpoint of samurai Gintoki Sakata, who works as a freelancer alongside his friends Shinpachi Shimura and Kagura to pay the monthly rent.

And this discussion is, what kind of BBM Gintama view this?
Basically display MOD BBM that was designed by Ken Trangga almost the same all just replace some background and icon in BBM Android. Gintama BBM itself, adopted from BBM Android V2.10.0.35 which was the Official BBM latest update in November 2015. 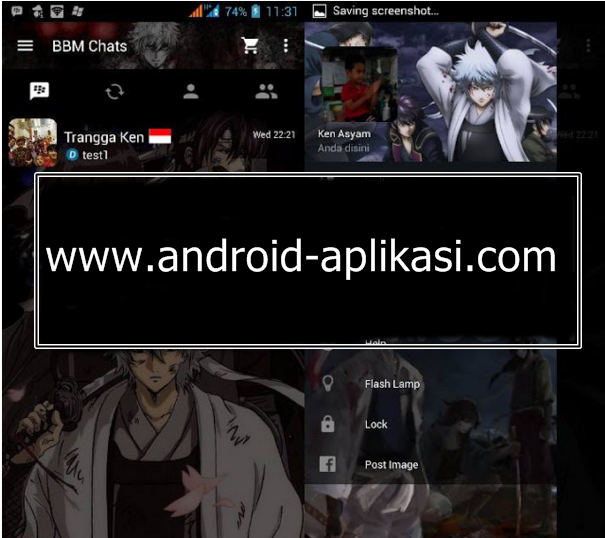