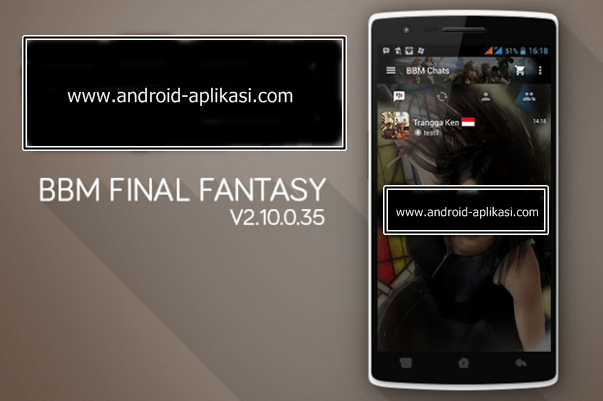 www.android-aplikasi.com | who is not familiar with this one RPG game? Final Fantasy (Japanese: フ ァ イ ナ ル フ ァ ン タ ジ ー Fainaru Fantajii) is a series of RPG games consoles and computers were created by Hironobu Sakaguchi, and is produced by Square Enix (formerly Square Co., Ltd.). Final Fantasy is a series of the most widely distributed game of all time, including standard RPG games for consoles, portable games, MMORPG, games for mobile phones, three films of animation production and two full length CGI films. More or less as it was the network admin Ardhana quote from wikipedia Regarding Final Fantasy

About BBM MOD itself, and this time Ardhana network admin will also be distributed to you. Fuel Final Fantasy was made by Ken Trangga using the base of the fuel Official V2.10.0.35 where it is most updated vendor base Blackberry Limited in early November 2015. For the display of fuel Final Fantasy, as you see in the picture display. Features of this fuel also vary, one of which is "image Post to facebook", where it is a feature to share your DP or Display Picture to your facebook account as well. Nice is not it? please download and install on your smartphone. 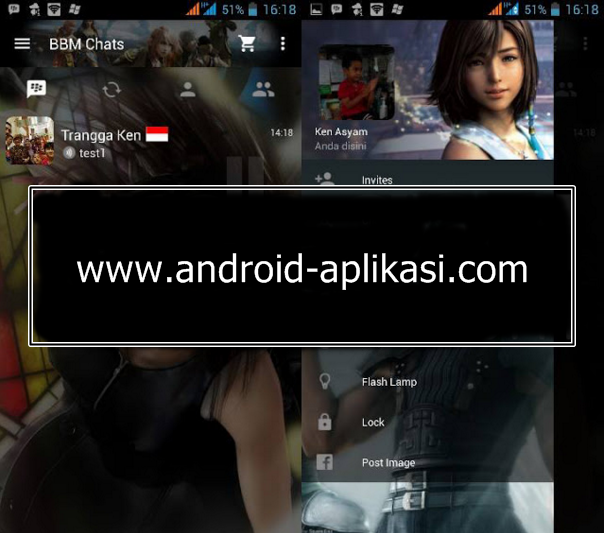