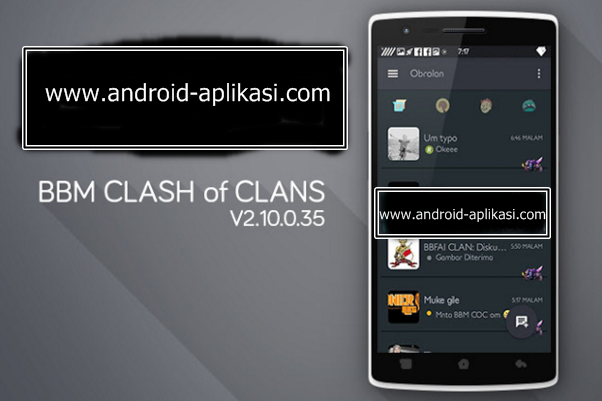 Hi Buddy Android-aplikasiters, happy weekend. On this occasion Android-aplikasi network admin will share the work Nda application of BBM MOD, MOD BBM this time is very admin recommend for you. In terms of appearance are very elegant and suitable for you clasher. BBM themed Clans Clash Of these, adapted from V2.10.0.35 Official BBM where it is the latest updated BBM Official beginning of November 2015. You can see in the picture display, Clash Of Clans BBM blends dark colors with a few flat icon and wrapped with other icon icon that is synonymous with the game Clash of Clans.

For the features of the BBM Clash of Clans this, you can later refer to the explanation below. At first Nda make BBM Clash of Clans for members only BBFAI Clash Of Clans, but then distribute them to the public. Including Fans Android-aplikasi you ya mate, so what are you waiting? Download now and also distributed to friends of your friends so that your friend can feel the application of BBM Clash Of Clans created by this Nda. 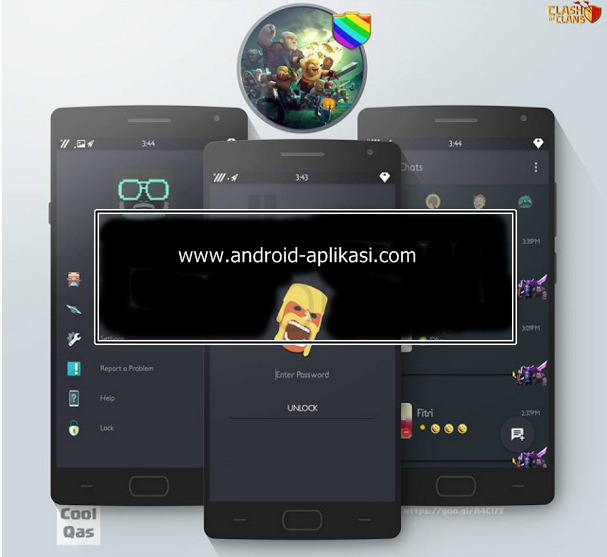 Unfortunately modder not tell in detail the features of the BBM Clash of Clans, but can you see in the image display, one obvious feature is the BBM Lock feature. Feature that allows you to lock the overall appearance of BBM Clash of Clans this. Well, for other features can you see and you find out the BBM arrangement. According admin Android-aplikasi network, most of the features of the BBM MOD adapted from Software