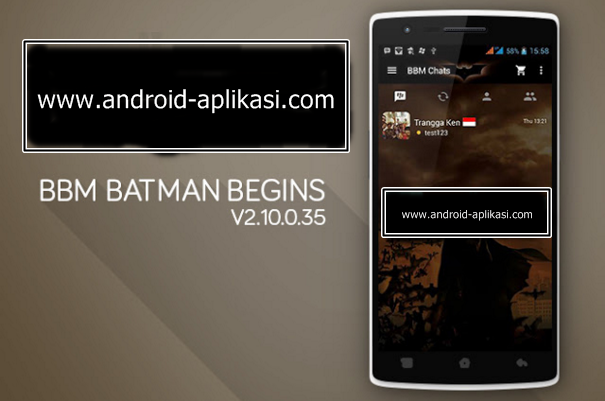 android-aplikasi.com | Batman Begins BBM, BBM Android that is designed using the base of BBM Official V2.10.0.35. This BBM is made by Ken Trangga with the theme and appearance in such a way. FYI for you on Batman Begins, the admin android-aplikasi.com quoted from Wikipedia, Batman Begins is a superhero movie based on DC Comics fictional character is Batman, which was released on June 15, 2005. The film is directed by Christopher Nolan starring Christian Bale, Michael Caine, Liam Neeson, Katie Holmes, Gary Oldman, Morgan Freeman and many more.

MOD to BBM itself, BBM Batman Begins certainly use background bat man with a bandage toolbar Batman logo, and also the background DP in Sidebar. Batman Begins BBM has many features. One is Flash Lamp, this feature together with the On / Off flashlight in your smartphone, with your cell phone records to support the flashlight. For other features you can see the explanation below. 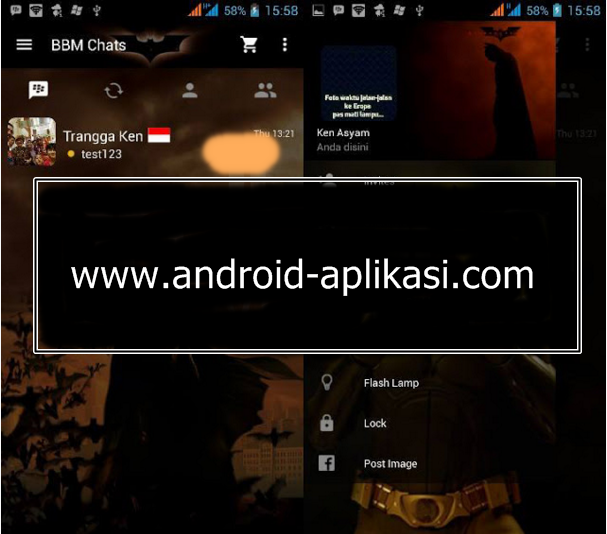