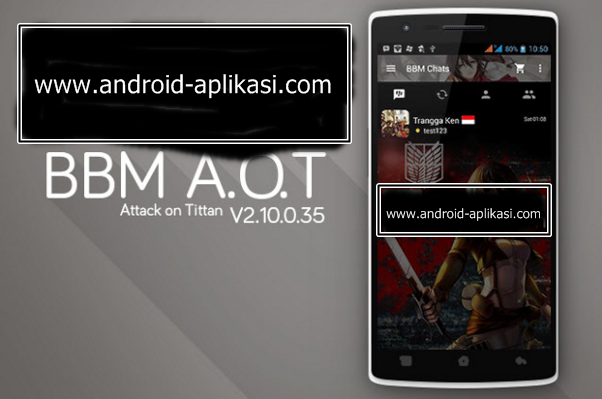 Android-Aplikasi | On this occasion Ardhana network admin will share BBM MOD application that was designed by Ken Trangga. The theme this time is a manga series Attack on Tittan. FYI for you quoted from Wikipedia, Attack on Titan (進 撃 の 巨人 Shingeki no Kyojin ?, lit. "Giant Attacking") is a Japanese manga series written and illustrated by Hajime Isayama. The manga series was serialized in the Japanese manga magazine Bessatsu Shounen Magazine published by Kodansha in September 2009.

Display interface of BBM Attack on Titan is predominantly dark, but covered with wallpaper one character Attack on Tittan. BBM is adapted from BBM Official Version 2.10.0.35, where it is a New BBM updated early November 2015. For the features of the BBM Attack on Tittan, most of you already know. Yes, this feature is taken from a software made Trangga Ken namely Portable APKTool M2.5, a software that facilitate you to make the application of fuel MOD itself. 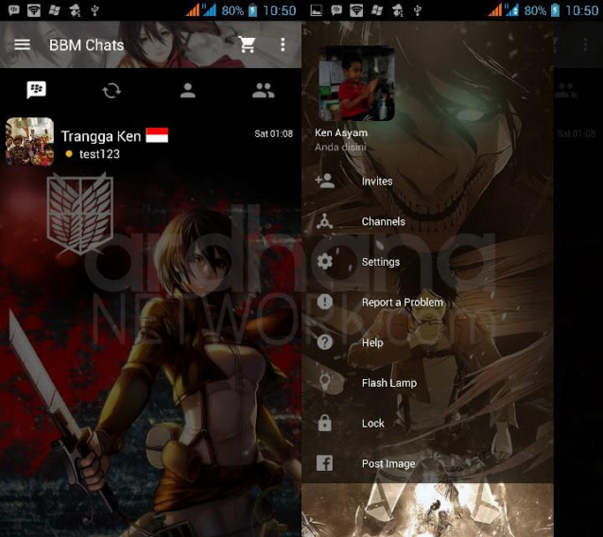